Kristin kind of rules this game. And by kind of, I mean totally. In fact, she and another girl I don’t know, found Kristin’s Hollywood likeness without my help. She also helped me cast Heidi, Josh’s sister. (Full cast list below) Kristin and I work together at a place that shall remain nameless, but some super cool stuff happens there for sure. And the coffee is superb. To capture Kristin’s personality, an actress must be able to play a quiet girl that you don’t want to piss off. I suspect she’s part ninja–always wears black, this girl, and never talks loud enough to let me overhear her phone conversations. She could have an entire underground operation happening in her cube, and no one would ever know. But she’s also kind and makes me laugh. So, the actress that plays her must be able to do some improv, and fuel some friendly banter, as well.

For Kristin, we have Lori Loughlin. You may know her from her role as Jessie’s love interest on the popular 80s TV show, Full House. I wouldn’t much mind making out with John Stamos, lucky girl. Also, did you know she turned down the lead role in the 1980 movie, Blue Lagoon? Brook Shields snagged it, you may recall. Man, did I like that movie. Anyhoo, I think this is a great likeness, and Kristin can play this game with me any time! 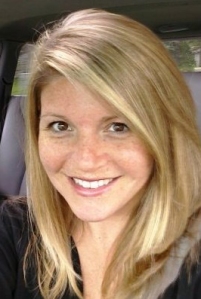 Other cast Members of the movie of my life, so far include:

If you have suggestions for the casting of people I know, then by all means, share it with me or Kristin, in the comments.