If there’s one thing that I lucked into in life, it’s my husband. After twelve years of marriage I can say that I really didn’t know what I was getting into when I got married and it could’ve gone so many ways of crazy. But it didn’t. Or at least, hasn’t. One of the things I love about our relationship is that we still date each other. For us being together is still about getting to know each other and finding a way to make each other laugh or remember that when the rest of the world sees that you are plainly human that there’s someone out there who sees something beautiful in you. And it’s about having a new experience together, something to look back on and claim as ours and ours alone. Last night, for me, our date was all of that.

Because Josh and I may not live in Michigan much longer, I’ve been wondering what I haven’t experienced in Ann Arbor. It’s almost like a doctor saying, “Well, you may not survive this city. Could be as little as nine months, or you could live a long a healthy life here.” So, instead of our usual movie night, Josh and I did a small tour of Ann Arbor.

First stop:  Great Lakes Coffee, because according to Josh they have the best hot cocoa and lattes–and because we’re getting tired earlier these days and wanted to avoid falling asleep on our date. We didn’t eat any chocolate this time, wanting to save some appetite for whatever else would come our way. 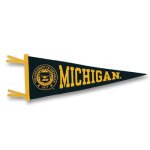 Second stop: M Den, because we were thinking that Michigan Medical School paraphernalia would make good Christmas presents for some of our family, but once we got in there we realized we had the wrong kind of school spirit for this store. The school song (at least I assume that’s what it was) was blasting through the store and the standee of coach (at least I assume that’s who he was) looked menacing even just on cardboard and we ducked out of there like the good little gaming nerds we are. Sorry, family, if you were looking forward to U of M gear, prepare for a disappointing Christmas.

Third stop: Dawn Treader Used Book Store, where I found two books–Uglies and If I Stay. I’ve noticed it’s hard to find the kind of YA I want in the Ann Arbor used book stores and I wonder if it has  more to with the kind of reputation these stores want, or if it’s because YA is still kind of a newish genre and book buyers aren’t sure what to take in.

Fourth stop: The Cupcake Station, where we shared a chocolate cupcake with cream cheese icing. Yum.

At this point Josh decided he wanted a slice of pie. We walked and walked and walked. We finally found apple pie over at Sweetwaters, but Josh didn’t want apple pie. Where in Ann Arbor can you go for a good slice of pie? Grand Traverse Pie Company closes shop way too early and it’s not downtown, so don’t bother suggesting that. We gave up on pie.

Fifth stop: Fleetwood Diner, because this is landmark in Ann Arbor and I’d never been. It’s punk, Josh informed me last night, yet as we sat at the teeny bar, we ordered the Hippie Hash, which consists of hash browns, green peppers, onion, broccoli, and feta cheese. We also shared B.E.L.T.O., a distant cousin to the B.L.T.  The E. is for egg and the O is for onion. Both dishes were great. The atmosphere was interesting too. We sat next to a homeless man at the bar sipping his coffee. On the other side of us was a chain-smoker playing chess with the cook. This spot is going into one of my books some day. 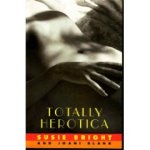 Sixth stop: West Side Book Shop, another used book store where I bought my first erotica book–a collection of short stories. Stovall, if you happen to be reading this, this is the book you want to find (or set down) on your wife’s nightstand. Trust me. You gotta love some of the authors names. My favorite is Lisa LaBia. This book has it all including some intergalactic hanky-panky, which I haven’t read yet. The less sexy part of me actually found the introduction interesting because it talked about how long it took women to begin writing their own erotica rather than relying on men. My favorite line from the intro says this book is “From the clit’s point of view.”

Last stop: The quad, our favorite place to people watch. I can’t find a good photo, but we did walk by the spinning cube, so I used that photo; it’s similar in setting. We played games like, which of these students is getting laid tonight? And yes, there may have been a little pointing and laughing. And then we talked about us–our fears (like becoming one of those couples that runs out of things to talk about), our regrets (like not researching colleges more thoroughly), our near future (where in the hell will we live next year), our kids (will we encourage our girls to have careers before marriage and kids?), etc.

And that was one hell of a good date.

6 thoughts on “One Great Date”