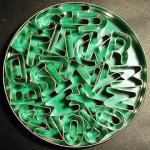 Here it is: My alphabet conclusion. And because Erin started this meme, I’m ending it the way she did!

Z is for Zero. Here is a list of things I’ve done zero times: (Anything with a star means that even though I haven’t done them, I’d like to.)

– Been to another continent.*

– Been in an ambulance.

– Attempted to get on a reality TV show.